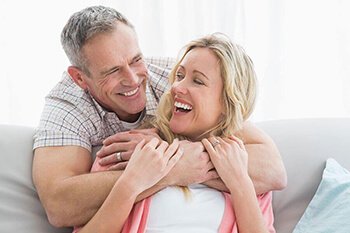 Peyronie's Disease (PD) is a condition where scar tissue (plaque) develops under the skin surface of the penis causing it to bend or curve during erections. It can cause significant pain and sexual dysfunction in men. Plaque that develops can be the result of trauma, penile injections, genetics or an unknown cause.

To date treatment options have been limited. GAINSWave therapy provides a breakthrough solution addressing all aspects of Peyronie's Disease. Research shows the science behind GAINSWave, shockwave therapy, can be a safe and effective treatment option. Doctors in Europe and around the globe have been utilizing shockwave therapy and analyzing its effectiveness for treating these symptoms of Peyronie’s Disease in clinical trials (EAU). It has shown considerable progress in reducing the pain associated with PD as well as eliminating the scar tissue and plaque buildup that causes Peyronie's.

5-10% of men suffer from Peyronie’s Disease, and it's becoming an increasingly common problem according to discussions in the medical community. Peyronie’s disease symptoms can range in severity but can worsen over time or appear rapidly. The most frequently reported symptoms include:

Contact your local GAINSWave Provider if you notice any of these symptoms. 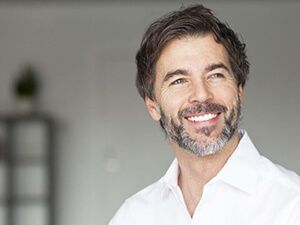 Many cases of Peyronie’s Disease result in pain with or without an erection. Often, those with PD will subsequently develop erectile dysfunction as the bodies way of defending itself against potential pain. GAINSWave® therapy can break up scar tissue, providing significant relief from PD symptoms, simultaneously treating any ED symptoms as well, allowing men to enjoy a healthy sex life once again.

How GAINSWave® Combats Symptoms of PD

The pulsed acoustic waves generated in GAINSWave® therapy work to break up the fibrous plaque that has built up under the skin, eliminating the cause of the curvature and other related symptoms.

GAINSWave is by far the safest form of male enhancement and PD treatment due to its noninvasive nature and lack of chemicals. Studies have shown that acoustic waves have the ability to break down deposits of plaque without causing harmful side effects and patients suffering from painful erections. Depending on severity, your GAINSWave® doctor may recommend a combination of Platelet Rich Plasma (PRP) and GAINSWave® therapy to promote better, faster and more pain-free results.